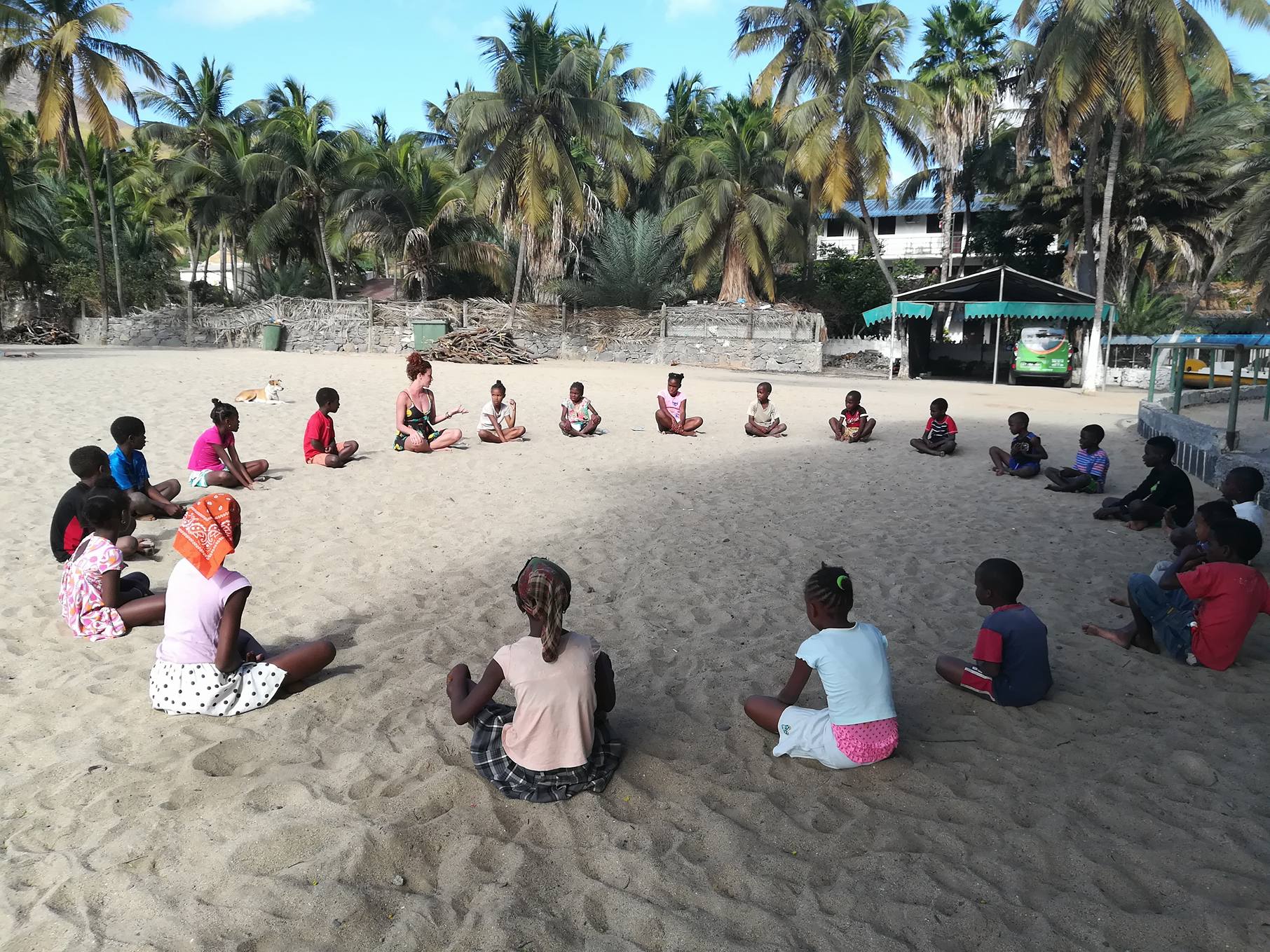 Last thursday, February 22nd 2018, Delta Cultura Education Center organized a yoga workshop, with about more than two dozen children who are part of the programs.

Thanks to a Portuguese yoga teacher, Carolina Lino, these children had their first contact with this technique, which appeared many years ago, in the Asian continent, near the northwest of the present India, as a tool in search of balance, peace , trust, and ultimately happiness.

With more than six (6) years of experience in this area, Carolina, who spent only two days at Tarrafal, wanted to share with us this technique, which she thinks is very useful for the daily life of these children.

During the session, the program consisted primarily of knowing what Yoga is, given that it was a subject totally unknown to the participants, then the demonstration and practice of some techniques such as meditation, relaxation, concentration, attention, among others.

It is also worth mentioning that, before coming to Cape Verde for the first time, Carolina made the gesture of collecting from her friends some pieces of clothing, medicines and toys that were distributed to the children who need them the most. A gesture well appreciated by Delta Cultura.

After the session, the kids were very happy because they got to know a new technique. 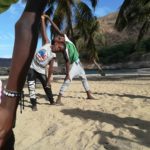 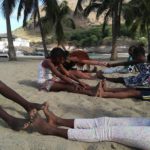 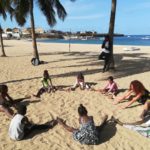 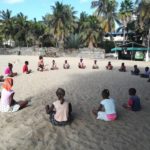 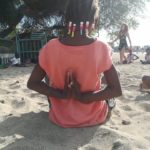 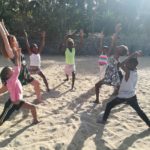 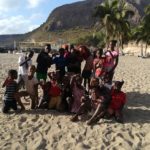 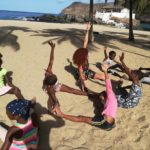 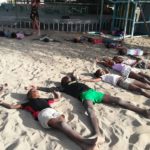 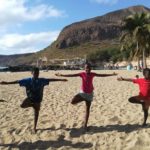 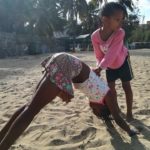 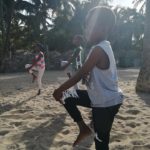 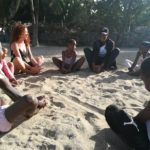 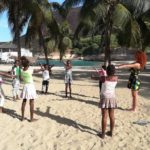 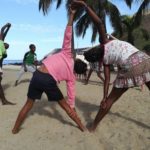 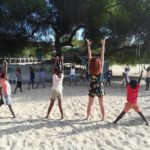