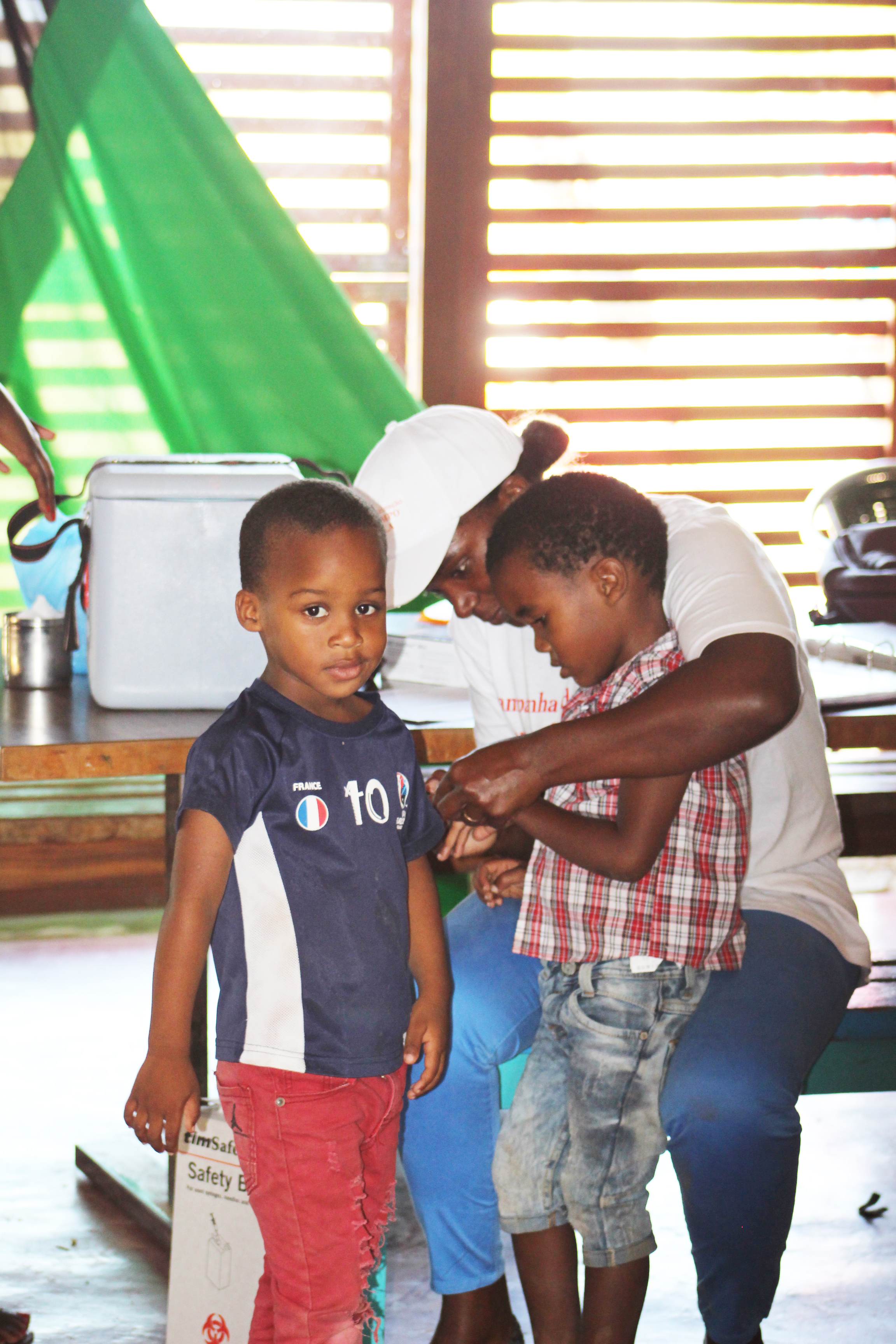 Delta Cultura Cabo Verde (DCCV), within its kindergarten project that is already in its third year of operation, joined the vaccination campaign of the Ministry of Health and Social Security. The National Measles and Rubella Vaccination Campaign, developed by the Ministry of Health and Social Security through the Expanded Vaccination Program, with the support of the National Institute of Public Health, the World Health Organization (WHO) and the United Nations Children’s Fund (UNICEF) took place between November 7th and 13th. DCCV received the technicians from the Tarrafal Health Department in its Education Center located in Achada Tomás, and from the act they were able to vaccinate all 26 children who are part of the Kindergarten and some more children of parents who reside in the neighborhood of the Center. Vaccination targeted all children between the ages of 9 months to 4 years old. The objective of the campaign is to contribute to the elimination of measles in Cape Verde and the African region, as well as the interruption of transmission of the congenital rubella virus. It should be noted that this measles and rubella vaccination campaign in Cape Verde reached 94.6% of the national coverage rate.