Fifteen groups from various locations on the island of Santiago took the stage, next to the Craft Market of Tarrafal, to show their talents, last Sunday, January 6th. The day was very attractive with various street activities that preceded the town festival, Santo Amaro day, to be celebrated on the 15th. Therefore, there were many who filled the street with joy to see the music festival that that began after 6pm and finished already near the midnight. Assomada, Calheta, Praia, Santa Cruz and, of course, Tarrafal were the cities represented in this festival that, like previous years, seeks to keep alive one of the oldest and most beloved traditions of the island, the groups of batucadeiras. The fifteen groups managed to keep the audience very excited during their performances. But this festival is only the beginning of the most varied celebrations that the municipality prepares until the January 15th 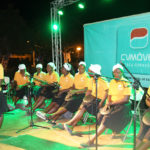 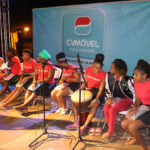 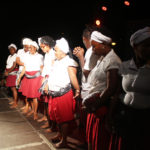