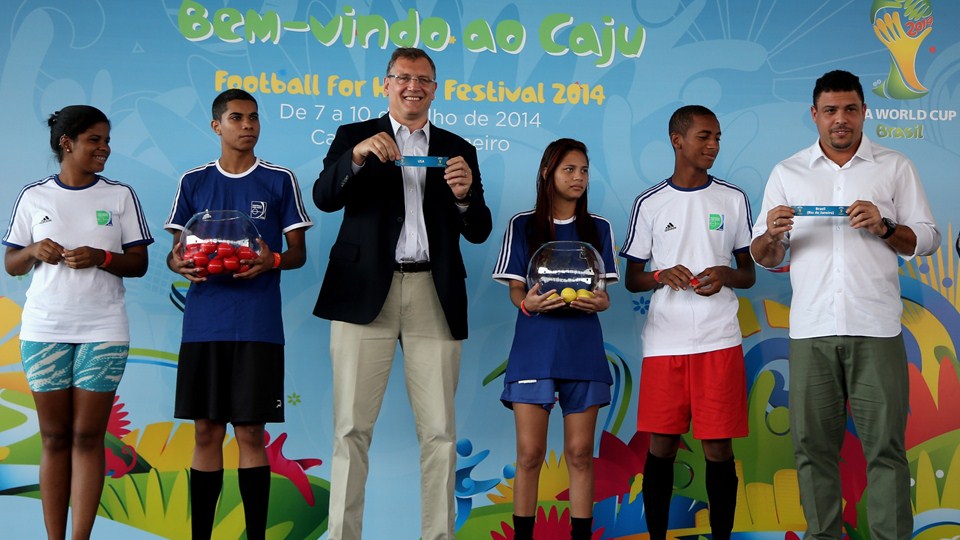 Greetings from Rio where yesterday the Launch of the Football for Hope Festival 2014 took place in Caju! With the help of Ronaldo and participants from the local organisation, Vila Olímpica Mané Garrincha, the Festival was announced to the world. The launch included the draw for the Festival tournament, with the first match featuring the hosts Vila Olímpica Mané Garrincha and Starfinder from the USA. The remaining groups will be revealed when you arrive at the Festival but you can already look forward to some wonderful matches with your fellow delegations!

Here is a link to an article and video on the Launch on FIFA.com:

You can take a look at collection of photos from the event today here:

The excitement for the Festival is rapidly increased and the Caju community is looking forward to receiving the other delegations very soon! Thus, it is with the same anxiety that the delegation of Delta Cultura Cabo Verde is prepared to represent the community of Tarrafal and Cape Verde in this event which will be attended by numerous distinguished guests, and more importantly will be attended by delegations who will be representing cultures realities and the power that football has on everyone.