After bringing parents/guardians to the Delta Cultura Educational Centre (DCEC) for the partcipants registration process for the current school year, this time, we decided to bring the parents again in a meeting in which we took the opportunity to get to know the parents personally, listen to their concerns, make an analysis of the participants collected school grades for the 1st trimester as well as a report about all the 222 participants who actively attend the centre daily.

The invitation was well accepted by the parents/guardians as they showed up in a significant number at the meeting.

Then, it was followed with the presentation of the staff, mostly known by the parents, and then the parents were given opportunities to share their thoughts, ideias, concerns, complements and many other issues about the work of DCEC.

The satisfaction was clearly seen in everyone’s faces. Parents, guradians and staff members were very pleased with the meeting and especially because of the common agreement that was reached over the needs of the children and youths who attend the the Centre.

In that way, we took the chance to thank the parents for their participantation and attendance and also let them know abou tour will to bring them all together one more time to make final analysis by the end of July. 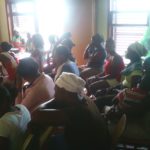 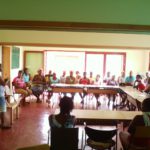 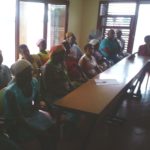 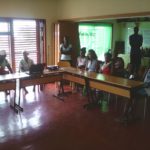 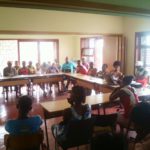 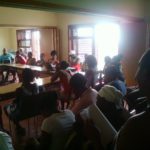 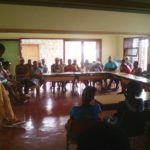