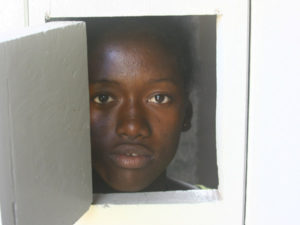 [Berlin/Praia 2010-09-29] The successful dance theater performance project on the Cape Verdean islands from tanztheater global and Delta Cultura is resumed in autumn 2010 With the project “O Pulso” this autumn the successful dance theater performance project from last year project is resumed in Cape Verde. The goal is, promote the most talented dancers from the last year performance and expand the project on other Cape Verdean islands. The project is implemented by tanztheater global and Delta Cultura. Under the management of the renowned choreographer Be van Vark the successful performance of “Silencio, Saudade e Sonho” was produced. The choreographer and the Cape Verdean dancers united video installation and dance theater to an impressing performance. With the continuation of the project six dancers are to be promoted, who had been noticeable through their special talent during the last year production. Parallel to the promotion of this group, O Pulso aims at the improvement of cultural education in Cape Verde: After the impressive success of the performance of “Silencio, Saudade e Sonho” on the island Santiago, the desire for performances and Workshops on the other Cape Verdean islands was voiced often to the organizers. With O Pulso Delta Cultura and tanztheater global will fulfill this desire. During the Cape Verdean tour in autumn 2010 several days of dance workshops for young adults will be organized, in order to find other enthusiastic dance talents. In addition dance workshops for children will be organized in co-operation with schools. With this the unfortunately frequently neglected cultural education of Cape Verde is strengthened in the educational system. The project O Pulso basis conviction is that culture is a central engine for the development of a mature society which makes code-signing and sharing possible in social processes. Florian Wegenstein of Delta Cultura explains this conviction from his experience of many years with cultural projects in Cape Verde:

“Artistic training is for the young people Cabo Verde of great importance, because the job market requires creativity. After broadening horizons. Following of new paths are found much easier in an artistic, dancing manner. The highest goal is the creation of future prospects. Our experiences as well as numerous other projects have shown that training alone – no matter what sector – is not sufficient. “