Follow us on:
In accordance with the protocol signed between the Delta Cultura Educational Centre (DCEC) and the Ministry Delegation of Education and Sports of Tarrafal (MDEST), Mrs. Janet Fortes, a MDEST’s psychologist, visited the centre for her first contact with the children and youth of the Centre. During 90 minutes, the psychologist who also provides this kind of service to other schools in the community, built a very open dialogue with about 8 children/young people aged between 12 and 17 years of age who participated in this consultation. During the dialogue, which was very rich in opinions, it were questioned about many things, including the duty of studying , their dreams, their daily routines and many other interesting responses like on how they see their future . For some, being a soccer player as Babanco or Neymar is a dream come true, but others chose to rely more on the reality of our country, choosing to be teachers , drivers and many others. In a conversation with one of the participants about the impact of the  psychologist’s visit, he considered the visit a very important initiative and he also left to see that there are still children/young people who are still behaving badly despite these conversations. Asked about what should be done to overcome situations like that , he responded in a moody sense “they must be punished” , and insisting on the conversation, asked again if there was another way to deal with this phenomenon without relying on punishment, he responded that these children lack proper education . Note that those who participated in this program were children and young people with some serious psychological issues, but others were considered already gone to a deviant behavior, and even those with behaviors considered not so good in school and social ward . Such visits, will continue with several sessions every Wednesdays and Fridays in accordance with the program defined between the two institutes, including various activities like, small training sessions for educators who deal with these children, meeting with parents and guardians of these children, both educational and vocational guidance and lectures on issues such as AIDS, Early Pregnancy, Sexuality and Dating . Thanks so much to the psychologist Janet, as well as MDEST in this fight. 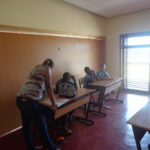 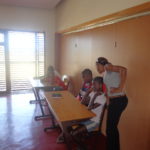 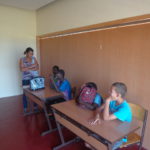 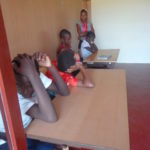 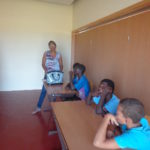 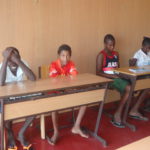 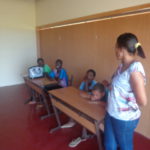 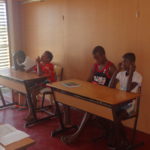 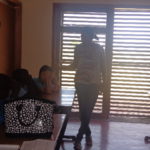 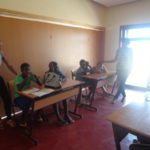 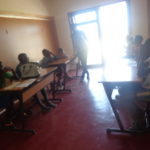