Follow us on:
Within the projects undertaken by the Association of Delta Culture of Cape Verde (DCCV), coaches from Delta Cultura Football School, in a partnership with the football school of Ribeira da Barca, created and organized a football tournament based on sports exchange’s projects which included the presence of 6 teams are composed by 16 players of each team, all belonging to the ranks sub-11, sub-13 and sub​​-17, resulting in a total of 100 players, a massive number of young players belonging to both football schools. Given this short period of vacation, this tournament’s main objective was to engage the children in an activity offering them pleasure, motivation, well integrity and interactivity as well as higher productivity in footballing terms. In terms of the event itself, it happened in Tarrafal and it lasted for 1 day. The tournament was marked by a great competitive rhythm among the teams and a great sense of responsibility noticed in each of the players towards his team. The highlights were the games between the host teams and the guest teams and it was culminated by beautiful gestures of fair play noted in common shared congratulations shared among the team players. By the end of the event, the satisfaction was noticed not only from the winning teams, but also for all other teams, since from the deep inside the feeling was all about common shared happiness among all the participants. 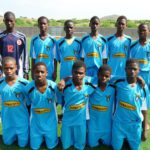 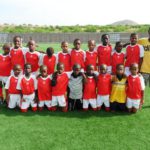 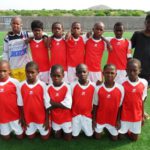