After taking part at the steetfootballworld festival 2016 in Lyon, France, the capeverdean delegation on behalf of the name of Delta Cultura Cabo Verde (DCCV) would like to share their experience at the event.

First I would like to thank Streetfootballworld (sfw) & Sport Dans la Ville (SDLV) and also all the delegation at the festival16 for one more amazing and unforgettable experience.

This festival particularly meant a lot to me because I could meet people from all over the world, belonging different countries, speaking different languages, living different lives but sharing the same goal, a work with children and youth for a better world and I could say that we show we are able to do it and we are doing it.

The experiences were many and all of them rewarding, but I would like to highlight the idea of the young leader curriculum/programme implemented by the NGO “OSCAR FOUNDATION“ in India, a programme that already we are thinking in implementing here in our organization too, in order to attract more youth for the project.

In my idea the best way to share my experience with my community, my organization and other peoples is telling them everything that happened at the festival, like, workshops, summit, conversations with other ones, the football3 tournament and so on, show also them some videos about what happened too.

To finalize I would like to tell the world only one thing “believe in our children and youth” because they are the future to save this world and the future of change lives in them. 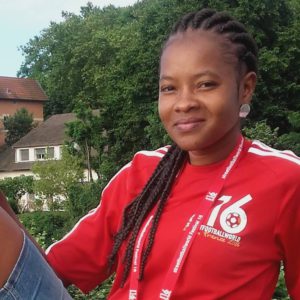 To me, festival16 meant an opportunity given to the children and youth that live in a different society to share their capacities and skills.

My best experience at the festival was the familiarity with people from other country even not talking the same language but we could understand each other, know other culture, new traditions and know how for example is the daily routine of people from Iraque, as we know according to news on TV every day there, people dies, there’s also war and conflict all the time and they live normal as others one that have no war at home.

The other curious point that I will keep all the time with me is that, it seems they don’t know where Cape Verde is and if there’s a country with this name too. They use to call me all the time “Cabo Verde” and its an honor could know that they will never forget.

To share this amazing experience I would like to do a lot of tournament in my community to implement “Football3” promoting peace and love.

I have a lot of things to say to the world, but I will be short, just say the opportunity to meet new people is always good and that “Football3” it’s a tool to use by everyone, in a way to promote responsibility. 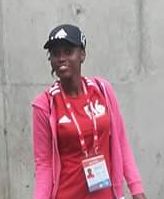 Festival16 meant to me, cultural exchange, friendship, dance and a lot of celebrations.

Take part at the streetfootballworld festival 2016 with people from different culture and countries was the best experiences that I lived in Lyon at Sport Dans La Ville campus around the same goal, Fair Play.

I would like to share my experience at Lyon in telling them everything that I did and that I learnt with others people.

I would like to just say the world “THANK YOU FOR THE OPPORTUNITY” given to me to take part at the event and I will never forget it. Ivanilda Santos – Player

To me streetfootballworld festival 2016 meant exchange, friendship with different culture, language and people. Its also an other way to see the world.

My best experience at the festival was being there at the event, in the middle of everything, sharing experiences with different people from different part of the world around the same goal, Fair Play.

I would like to share with my community that theres a lot of activities that can be done in time, well organized and also easy to prepare and deliver without racism where everybody can take part as one.

I would like to tell the world that even different but we still are the same because we fight for the same thing, be happy and live with love.

Delta Cultura Cabo Verde (DCCV), the delegation, each member in particular, would like to thank everyone, from institutions untill single person for supporting us in representation of Cape Verde in the Festival16, particularly in Cape Verde, GIRASSOL TOURS – Agência de Viagens e Turismo, Lda,  Câmara Municipal do Tarrafal (CMT),  Direcção Geral dos Desportos (DGD),  Ministério do Desporto (MD), Dj Nhukilo and so on,