In order to streamline the learning outside the classroom, Delta Cultura Educational Centre (DCEC) carried out with about two hundred and fifty participants, including children, youth and monitors CEDC an experiment on a so-called game “The Islands Game”.

The set of Islands is a very active game and requires a lot of those who participate in it. It is a game where you first create the islands which is the where it each game happens, and then each island becomes a kind of game ranging from general knowledge questions and on school subjects, Cape Verdean culture, music, dance , soccer and more.

The game rules are very basic and easy to understand. In this experiment we could do five islands as participants were in a reduced number. The game began with the search of the lost objects and after that to the other islands with its respective games.

That was the first experience, it is intended that the participants learn without being endeavored to such and without being in a confined to a close space as schools and universities. At the end of the games we could make a very positive assessment as it was a lot of happiness in the face of the participants. 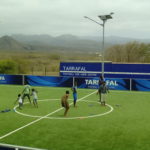 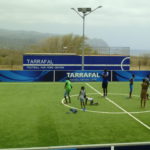 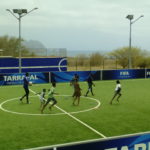